Medical use of cannabis

Medical use of cannabis 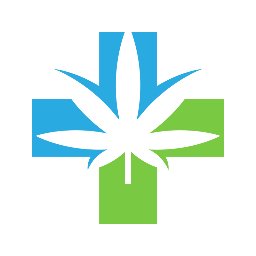 More than 20 states in the US and dozens of countries have legalised cannabis to be used for medicinal purposes, due to facts and statistics discovered by scientists and researchers. It is thought that there are many different medical uses of cannabis, some which are more proven than others. One of the most common uses of cannabis, in medicine, is for aches and pains - mainly as a symptoms of illnesses such as arthritis. It is thought that this medical use of marijuana can relieve chronic pain and provide relief.

There are many other reports on the medical use of cannabis and how it can help with certain illnesses, diseases and even mental health problems. Issues such as insomnia or lack of appetite are thought to be curable when smoking cannabis, due to the side effects of the drug; sleepiness and increased appetite. Another of the most common medical uses of cannabis is to help relieve nausea and vomiting. The National Cancer Institute ran tests on the medicinal value of marijuana, which found that certain strains could indeed reduce nausea and vomiting, bought on by certain cancer treatments.

The medicinal value of cannabis

Although sometimes controversial, there are many experts who fight for cannabis to be used in medicine more often. With a wide range of applications, it is thought that medical use of marijuana would be able to help people suffering from diseases such as cancer, HIV, arthritis, MS and much more.

There is ongoing research into the health benefits of smoking cannabis, much of which is backed by health professionals, scientists and researchers. If proven, the medicinal value of this drug could make big changes in our future healthcare systems, all around the world. Those who are allowed to smoke cannabis for medicinal purposes, in countries and states where it is legal, should ensure they compare the different strains and types before purchasing the one that suits them best. Those with a medium to high THC level seem to be the most recommended for medicinal purposes, although a medical professional should always be consulted first.