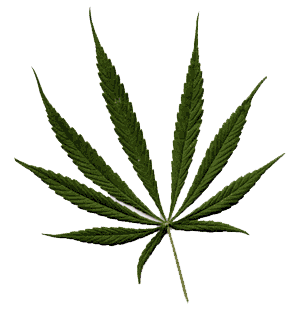 Autoflowering cannabis strains are usually the seeds of an autoflowering strain bred from either Cannabis indica or Cannabis sativa and Cannabis ruderalis. The third type of cannabis is not considered medical as its influence on the psyche is much different than the needed by the medics. However, its unusual properties bring quite some benefits for the growers. Cannabis ruderalis is a strain that grows in the cold, wide and not-that-sunny areas of central Russia. Because it's used to cooler temperatures and is less dependent on the light cycle as it's evolved in an area where the summer season is very short, but during this period the day is from 22 to 24 hours. Yes, that's 24 hours of sunlight.

This cycle has made the ruderalis plant evolve and start to flower disregarding light cycles. Also because of its origins, the C. ruderalis is a much shorter strain with a high load of cannabidol, much higher than it is in the other two marijuana types. This same feature is also transported to the bred plants, creating new autoflowering strains. Most derivatives are made with the indica strain, because it has more THC than sativa. Hence, the resulting "breeds" come out with an elevated amount of CBD (cannabidol) as well as THC (tetrahydrocannabinol). What's best - the plants are much easier to grow as they usually keep their ruderalis "looks". It's the shortest plant in the cannabis family, 30-60cm in height and grows extremely fast.

What does this mean and why is all the inter-breeding necessary?

Ruderalis is being used solely for its unique features as a growth stimulator for the indica and, although rarely, sativa plant species. The autoflowering plants, resulting from this interbreeding, flower much faster because they don't need the usual light cycles to be completed. Why? Because ...autoflower. The very seeds themselves care not for the light cycle, but for the time they've been grown. That's all. You get an autoflowering seed. Germinate it, grow it. It will flower automatically within 2-4 weeks while full maturity can be reached within as a few as 10 weeks. Want a comparison? Pure, a.k.a. normal seeds take about a month to vegetate and a month more to flower.