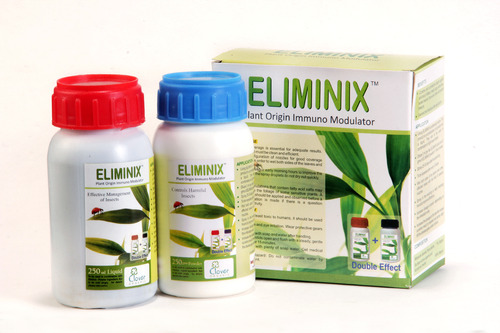 All pesticides are effectively poisons, even the organic ones. So using them is best avoided by trying to maintain a grow by keeping surroundings and growing areas clean and cannabis plants well maintained. However, sometimes they are a necessary evil, and there are some organic varieties that are safer than others.

Insecticidal soap is non-toxic to non-pest species and is a very safe organic pesticide that does not harm to bees, humans and animals. The fatty acids contained within the soap break down cell membranes of pests with soft bodies, such as mites, aphids and whitefly. Neem oil is also relatively safe organic pesticide and acts mostly as a repellent. However, it can also break down various forms of insect larvae. It is non-toxic to humans and honeybees, although it is mildly toxic to cats and dogs. Bacillus thuringiensis (BT) is a microbial bacterial pesticide that paralyses the digestive system of many pests. There are various strains of the bacteria that can be bio-engineered to attack specific species, while causing no known long-term harm to any non-targeted species. (BT) is one of the most popular and important pesticides in a grower's armoury.