Ionizer to eliminate odors of weed 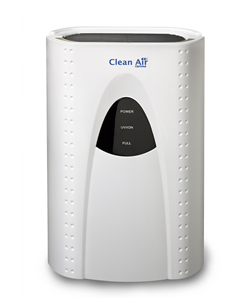 Anyone who's ever smoked a joint knows that one of marijuana's most attractive qualities to users is one of the greatest problems facing those who cultivate it. As enticing as it may be to catch a whiff of it on the street, marijuana's distinctive, powerful and unmistakable odor is a bother for growers, especially for those growing in large quantities. There are various products on the market which are designed to help combat the perennial problem of the plant's pungent aroma. Using an ionizer to eliminate the smell of cannabis is a popular method amongst many growers. Ionizers combat the smell by creating negatively-charged ions and releasing them into the surrounding air. As the negative ions collide in the air with positively-charged ions (the odor), it causes the "precipitation" of these particles. In other words, they fall to the floor, forming a dust, with the result being messier floors and walls, but far cleaner air in the room. Collective ionizers are another kind of ionizer. They work by attracting the positive ions to a positively-charged surface, and pushing them through a filter (usually with a fan), and then back into the air. 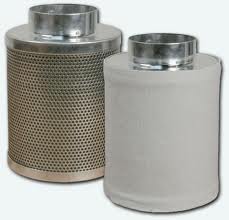 A carbon filter works in a similar way to a collective ionizer, except they use just the fan and filter. If you're using an exhaust system or extractor fan, attaching a carbon filter is an effective, long lasting and easy to maintain method of air purification. The air is pulled by the fan, through the filter, then outside or into your living spaces, clean and odorless. Whether it's carbon filters, an ionizer or something else that you want, you'll find the best air purification product for your grow room here at SeedSpotter.com.

When to use an Ionizer

An ionizer is a handy tool for anyone considering indoor growing, as it can help get rid of any smells in your grow room. Ionizers are used to remove odours from the air, whilst also making the air more pure; they're normally used in areas of high pollution. Some growers prefer to use carbon filters for their odour control, but it's thought that ionizers are far more effective in controlling smells. If you don't want your grow room to smell of cannabis plant then you need to use some kind of odour control, which is where air ionizers come in handy.

How to pick the right ionizers

There are a whole range of different products on the market, all from big names brands and manufacturers. The good thing about an ionizer is that you can buy it from pretty much any store that sells DIY products or home goods. However, if you want one that is specially made for grow rooms then those are available too. You can compare the products using reviews from other customers, to see whether they will work in your grow room. You can also compare the prices of the equipment, in order to find one that suits your budget.